Wondering to know the science of 180 degree rule in filmmaking?, After going through this post you will feel like it’s not a rocket science.

Shooting a movie or any cinematic series is much more than just placing a camera at any place and shouting action!

There are various rules that are followed in order to shoot any scene, and even though the final cut may look like it’s just random footage, the actual process may be filled with rules that are made specifically for the purpose of filmmaking.

One such rule in the process of shooting a scene is the 180-degree rule. It is used to serve as a guideline for on-screen spatial and directional relationships between two characters or between a character and an object.

Also Read (3 mins): How To Become a Film Director | 6 Behind the Lens Secrets

In this article, we will cover 4 major aspects of the 180-degree rule.

In the 180-degree rule, the camera is placed on one side of an imaginary line between two characters in such a way that both the characters appear to be facing the same direction, even when the camera is moved.

The technique allows for an expansion of the frame into the unseen space offscreen.

By following the 180-degree rule, the characters maintain the same left/right relationship to each other, keeping the space of the scene orderly and easy to follow.

If the camera jumps over the line, it may create a visually distracting effect for the viewer. In filmmaking lingo, this is known as jumping the line or crossing the line.

Now, you might have a question that whether or not this rule can be broken, or can you bend it a little?

Well, it is not mandatory to keep shooting the entire scene by following the rule.

But by breaking the rule and placing the camera in way that it jumps the line, your scene will look disoriented. And if you slightly shift from the rule, the effect will be visible in the scene.

How to Make a Documentary | 7 Tips Revealed for Filmmakers

A Must Read Article for Documentary Creators 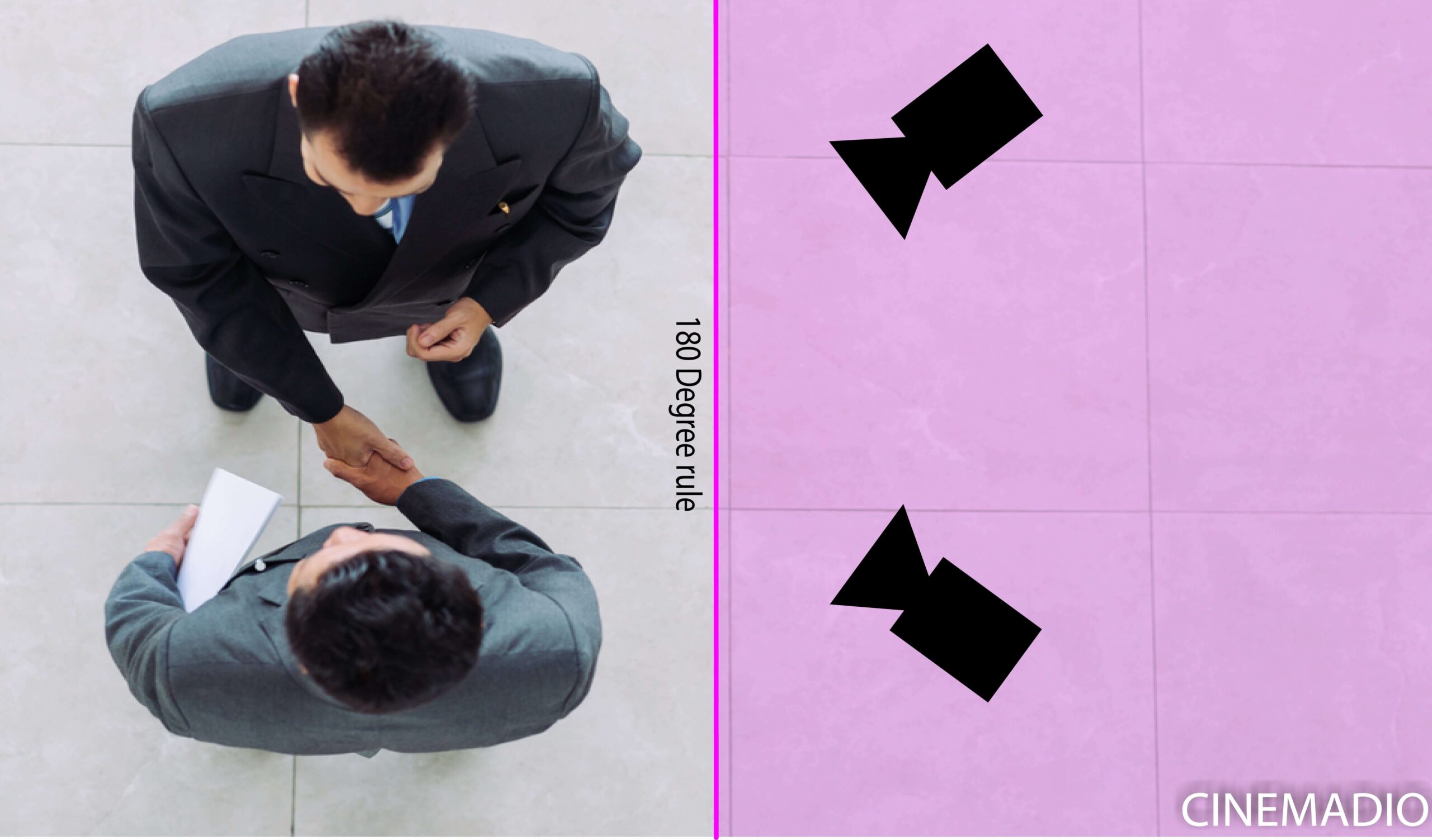 Once you’ve decided where your line will be, you will then have to decide on which side your camera setup will be placed.

That’s it. It really is that simple! 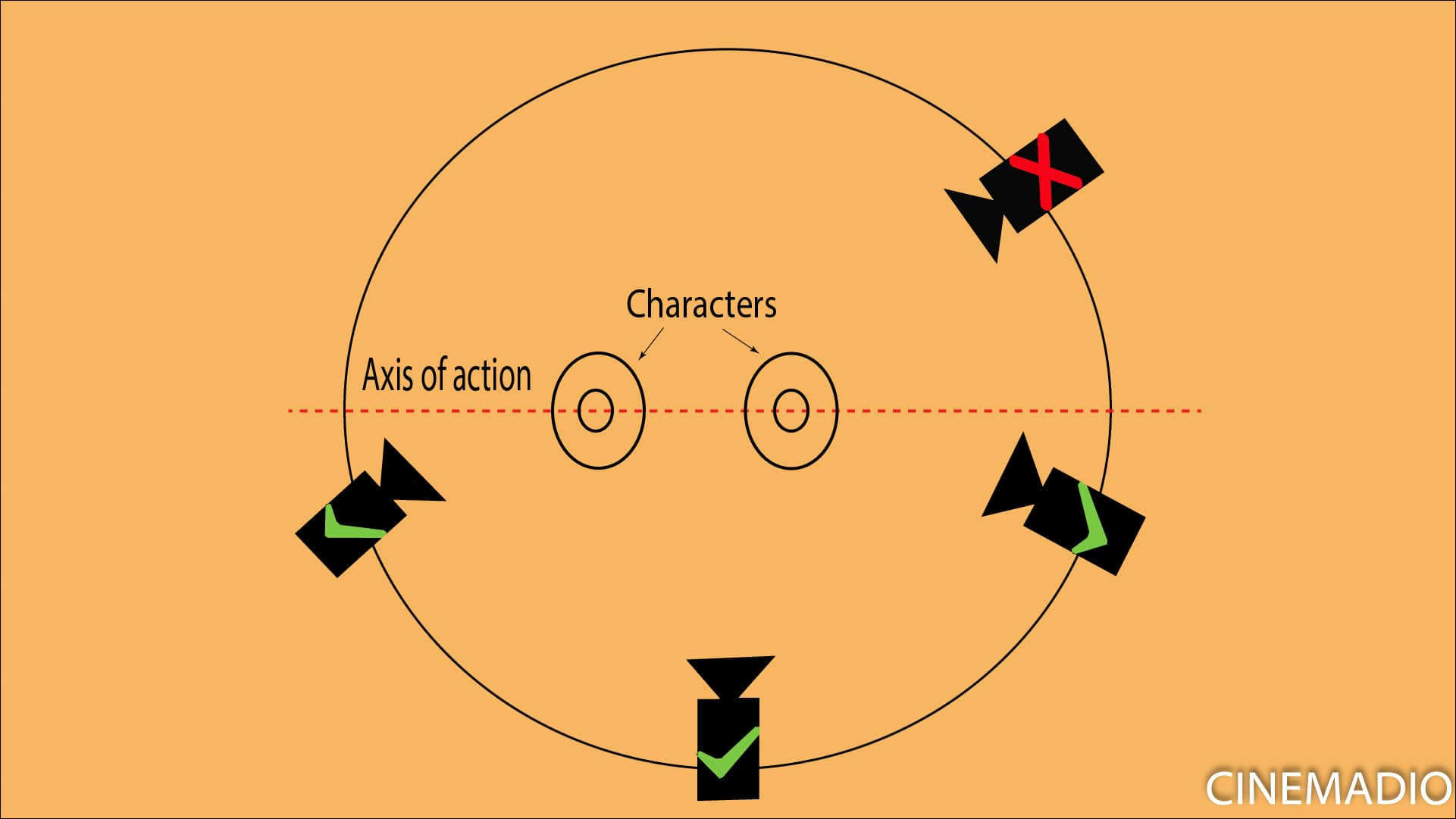 If you’ve been a part of a film crew on set, you must have heard something line “Don’t put the camera there, it will cross the line.”

When a scene is shot by crossing the line, it gives a visual impression of disorientation and may look chaotic.

However, many filmmakers decide to break the rule intentionally for adding various effects. They also do it to give an impression of chaos. 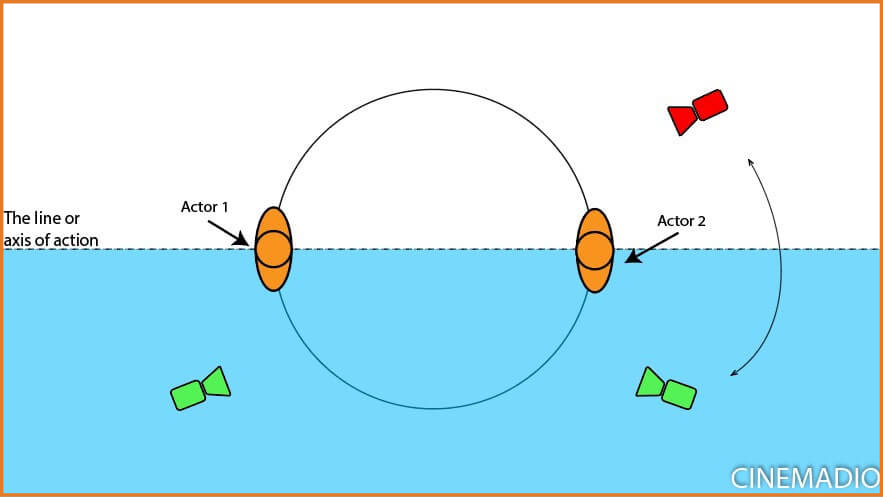 As we have already told you, there is room for bending the 180-degree rule. It means that you can go a little on and off with the line. Let us tell you how you can do that.

This is a type of shot where the scene is shot from the top of the line. By doing so, the imaginary line no longer really exists and hence there is no right or wrong side of the line.

Cutaways are shots where the scene cuts from the actors to another scene which does not have any pre-determined orientation. This allows the cinematographer to create another line in the next scene and work accordingly.

By Moving the Camera:

In these types of shots, the viewers are able to see the camera movements. This is done to move across the scene. The camera moves from one point to another and the scene is shot uninterrupted for better visuals.

These are some of the basics of the 180 degree rule. We hope that you will find it helpful. We will see you with another article, until then take care and goodbye!